A lot of people say that you never forget where you were at the time JFK was shot or when Elvis died. In addition, you always never forget the first bottle of wine you bought. In our lives, we all have an experience, a kind of “ahhhh yes…that is it!” moment, primarily involving wine, when everything just seems to make sense. Some call it a vinous epiphany. Recently, I was fortunate enough to have an experience like this. However, no-one died and it was a long time since I purchased my first bottle of wine. I attended a masterclass and tasting, hosted by Frederic Grappe of biodynamic wine specialists Dynamic Vines at the Twentieth Century Theatre in Notting Hill in London.
I thought it was a funny venue for a wine tasting, but on asking Fred he informed me that he thought the same thing too. However, it was on talking to the people who run the venue, that he discovered that in fact it was the London base of Dr Rudolf Steiner for around twenty years. For those of you who are unaware, this was the chap, who during the 1920’s formulated the principles which became the foundation of biodynamic viticulture. Thus, it was particularly fitting that the tasting of such wines would be held here. Moreover, the most passionate, most animated and articulate individual who practises biodynamism, Nicolas Joly was about to thrill us with a wonderful presentation. 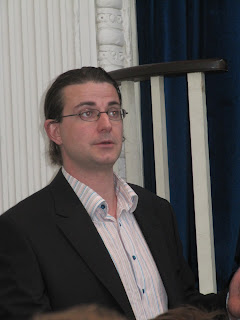 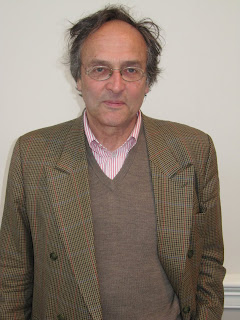 To many, Nicolas Joly would come across as being a completely mad, Merlin-like boffin, who enthusiastically aims to convince everyone that this form of viticulture is the best and most pure. However, it is possible to be sceptical. He comes across as being very thought-provoking, but when you listen to him, you actually realise that everything makes perfect sense. Surely, this is wonderful, however, he may come across as being quite controversial to the ignorant. There are so many conflicting views around and there is also sadly much confusion and spin. To us, sommeliers, wine lovers, wine anoraks and others, he is highly-regarded and respected for sincerely practising what he preaches and the result of that since the early 1980’s has been truly remarkable wines. He has similar qualities to a Pied-Piper, but in a vinous sense. However, what I really like about him, as I have been a big fan of his wines for many years, is the fact that he is not afraid to question the authorities or challenge you into really delving deeper, even to challenge the whole Appellation Controlee system. 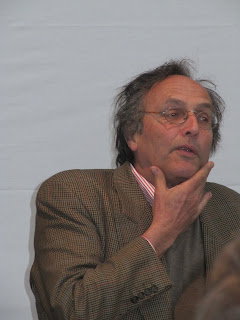 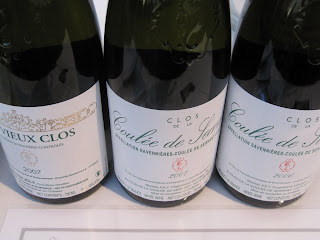 His wines, (the product of a seven hectare estate Chateau de la Roche aux Moines and vineyard of Chenin Blanc called Coulee de Serrant in the Loire Valley), are extremely esoteric, complex, require much thought, and are not for the faint-hearted. To be able to meet the man behind great wines was a wonderful opportunity not to be missed. After all, he, his wines and the whole biodynamic viticulture deserve to be understood. “A wine must not only taste good but also be sincere, reflecting the subtleties of its place of origin.” Here are some interesting facts and figures. 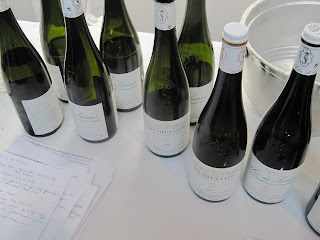 Here are a few pearls of wisdom from the great man during the very interesting masterclass and I was delighted that he signed a copy of his book for me.

“Biodynamic agriculture is spreading fast in the realm of viticulture because – when properly applied, and when the plants cultivated by this means are fully understood – it has powerful effects on the quality and taste of wine.”

“Only an agriculture that takes full account of the laws of nature and its underlying forces, so widely ignored nowadays, can help generate the authentic diversity of expression implicit in each AOC.”

“For lovers of wine the important thing to understand is, first of all, the Dionysian nature of the vine, and secondly the need to respect this so that is can connect as well as possible with subtleties of soil and climate – so that, in other words, it can best marry its innate authenticity with the quality of the place where it grows.”

“We find good, false wines, for which the AOC is really just writing on the label rather than a reality in the bottle. The full original taste, which each ‘appellation controlee’ once guaranteed to the consumer, no longer exists.”

“France, so rich in regional qualities and in micro-climate was thus poised to lose its loveliest adornment in exchange for selling its wines throughout the world and submitting to all the implications of global competition.”

“The cellar is just a kind of midwifery, nothing more nor less, to help things take their proper course.”

“The requirement nowadays for obtaining the AOC designation is no longer the full expression of the AOC, but rather a ‘correct’ and perfectly nice wine – although one that has no location-related quality.”

“The effects of biodynamics derive from real laws, just as much as the law Newton discovered when watching his apple fall.”

“I trust that it is becoming clear that it is not enough just to ‘practise’ a biodynamic method in order to obtain a good wine but we also need to try to fully understand how it works.”

“One of the important things which Steiner states about biodynamic agriculture is that it does not ‘combat’ a disease but promotes an equilibrium.”

“The forces of life do not belong to matter itself but to a complex and organised world of energies made of wavelengths…everything that lives is sustained by different rhythms, frequencies and wavelengths.”

“Biodynamics is just an enhancement of the solar system’s manisfestations on the earth, at a time when, due to our grave lack of understanding, its influences have been drastically weakened by the energy dustbin we are making of our atmosphere.” 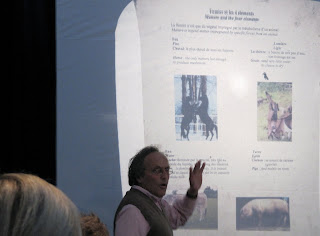 After the masterclass, which lasted around two hours, I went on to taste the following wines. They included quite a few highlights and discoveries. 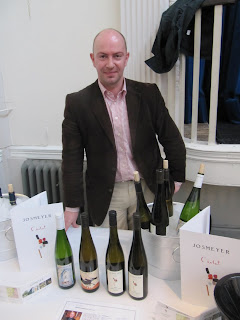 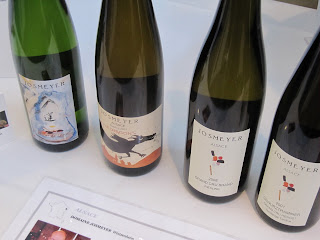 A particularly enjoyed the dry and sweet examples of Jurancon wines produced by Domaine de Souch and some quirky, aromatic whites from Savoie and Jura, such as the Roussette de Savoie made by Domaine Prieure Saint Christophe, the Chardonnays and Arbois Ploussards made by Domaine de la Tournelle. 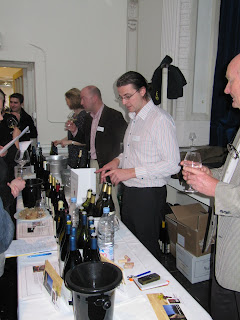 The wines, especially the reds from Alain Chabanon (“The Star of Languedoc”) also stood out, were very well-structured, characterful and had potential for longevity. In addition, I enjoyed the plummy, rich and voluptuous Malbecs from Domaine Cosse Maisonneuve in Cahors. Their supple, silky tannins, bright fruit and typical inky colour were balanced up nicely with a savoury edge. 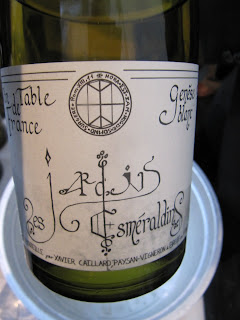 However, my real discovery for the day was when Frederic showed me the line up of four aged Chenin Blancs from Les Jardins Esmeraldins. He explained to me that they were only classified as a “Vin de Table” Genese in the Loire Valley, but they were produced in extraordinary low yields and spent around ten years in oak. My favourite was the 2000 vintage, which was dry, delicate, complex, displayed floral hints and still had plenty of freshness. In December, only 300 bottles will be released.

Many thanks to Frederic for a wonderful tasting. For further details on the wines please contact Frederic Grappe or Marion Barral at Dynamic Vines. http://www.dynamicvines.com/